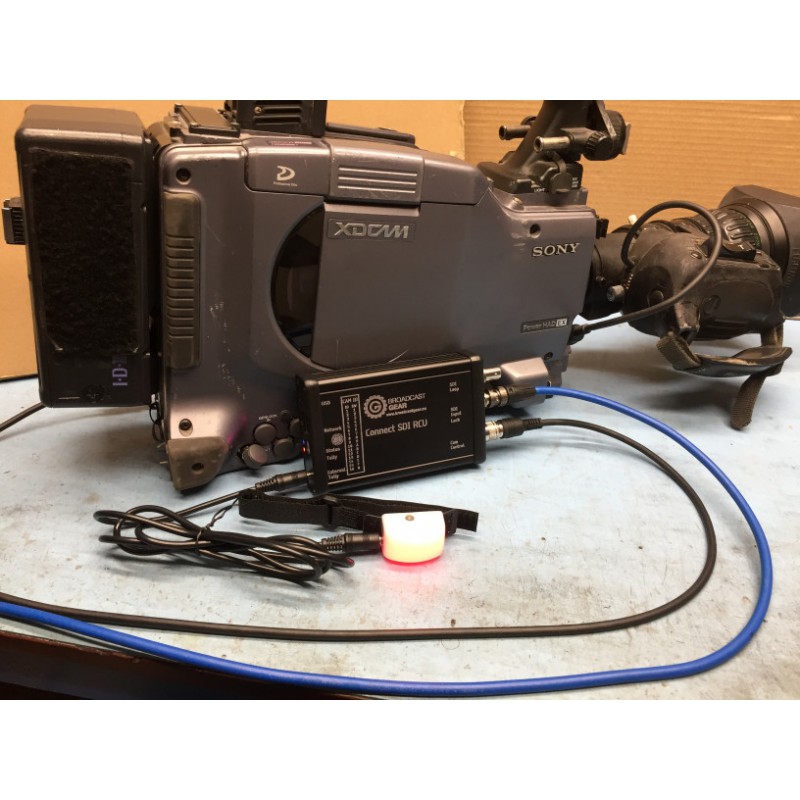 Control basic shading functions of your Sony Camera via your ATEM software of via the ATEM Camera Control Panel.

With this unit you can have basic CCU control of the Sony Broadcast cameras from the CCU control of a Blackmagic Design Atem video mixer.
This CCU control is build into the software of the Atem and normally controls the BMD Ursa and Studio camera's.

We are now able to do the basic CCU control of the Sony broadcast cameras like the PMW-320 PMW-400 and others. (we have to test on more models, but the protocol is the same)

The box is powered by the Remote port of the Sony camera.   1 SDI return video is needed from the Atem to the RCU box for the control data from the Atem. SDI loop out can be feed to a monitor for PGM return video for the camera operator.
16 Cam ID's select able by rotary switch.

The cameras supported are from the Broadcast line of Sony.
They need to have the 8pin Circular "Remote" connector and must support Sony 700 protocol.

* Waiting for feedback of several clients to add other model cameras to this list.

Other Sony cameras compatible with Sony 700 protocol but not yet tested:
PMW-EX3
PMW-300

FS5 / FS7 is not supported!! Sony decided to not give those cameras a CCU protocol. So we can not control those cameras.

Connecting the box is simple like plug in your SDI return feed. Connect the control cable to the camera. Power-up the camera and the control will be activated.
It can be run from a SDI return video and will also integrate easily with Fiber converters.

** The converter will accept HD-SDI and 3G-SDI. It can not run with 4K SDI. But we use this box also in a setup with an Atem 4ME Broadcast running 12G-SDI video. For this we have a special down converter that does 12G-SDI to 3G-SDI that keeps CCU, Tally and Audio data intact. If you need this in a 4K environment ask us for more information how to integrate this. 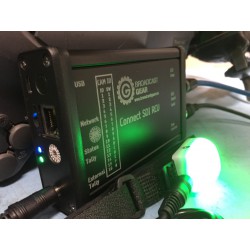